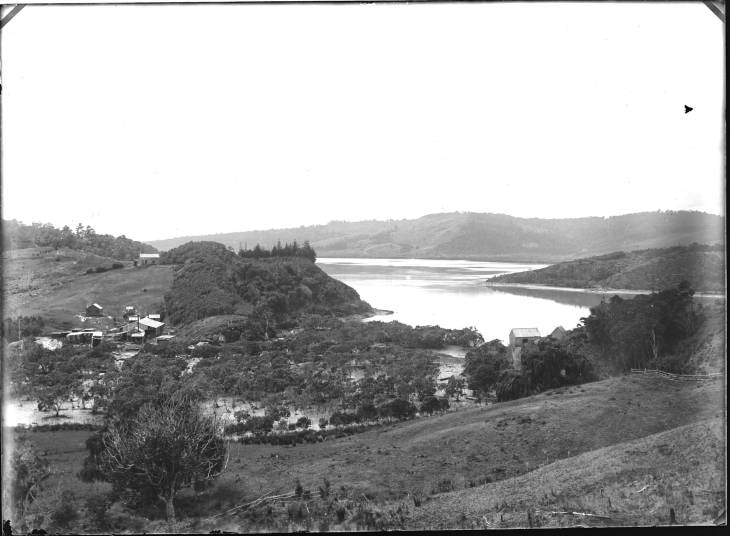 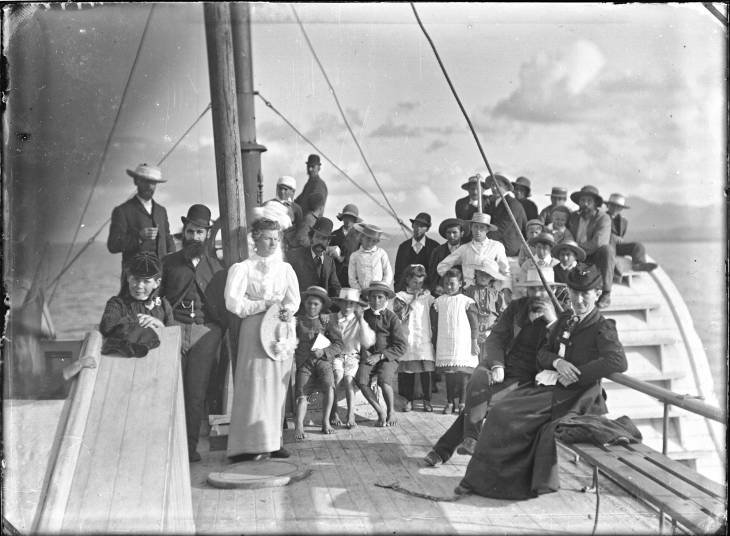 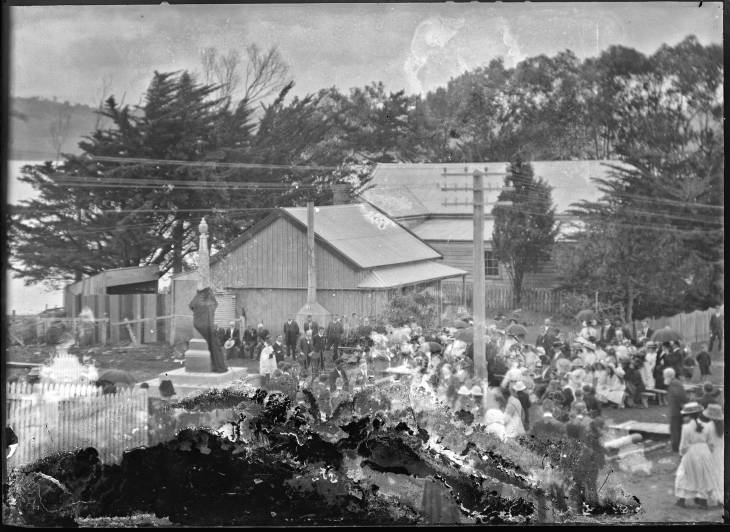 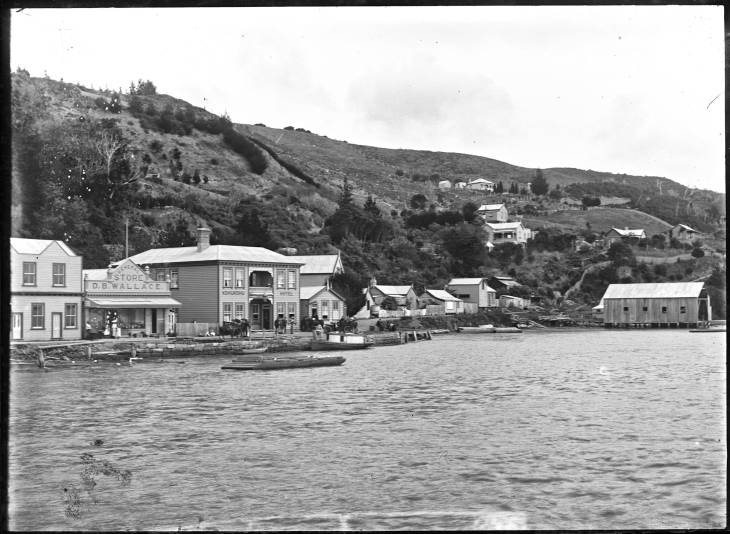 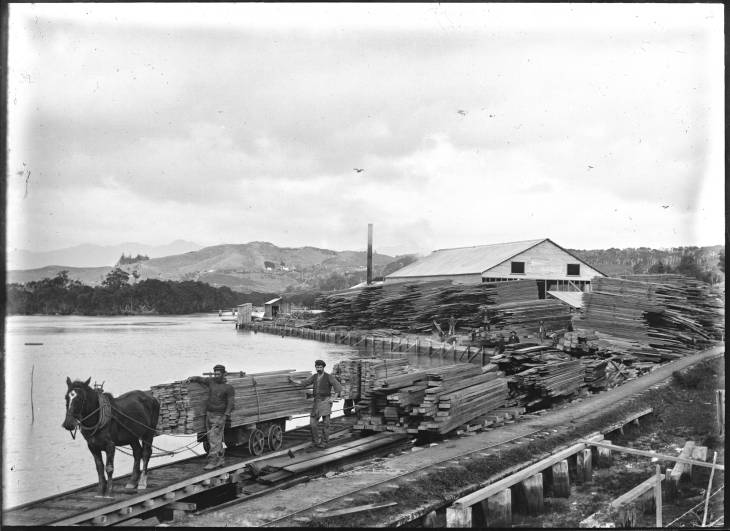 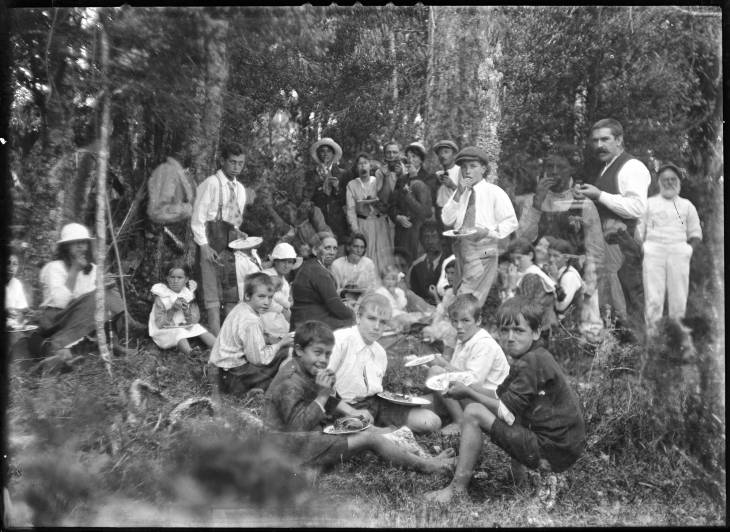 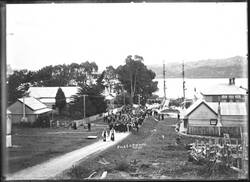 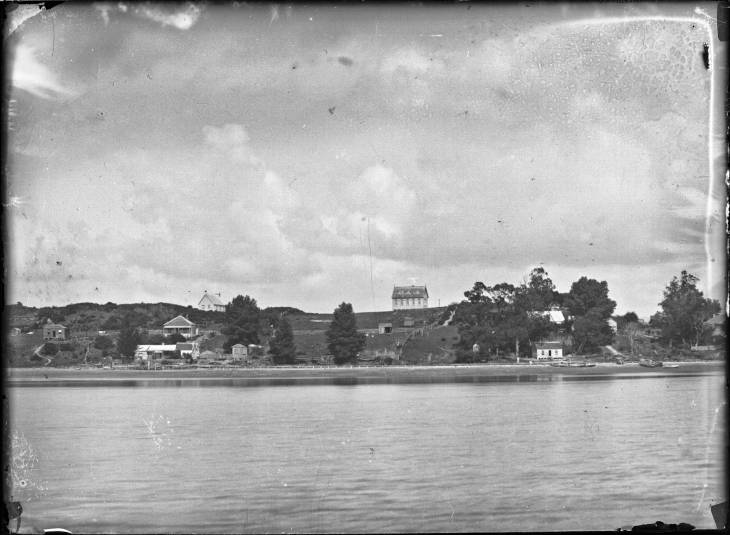 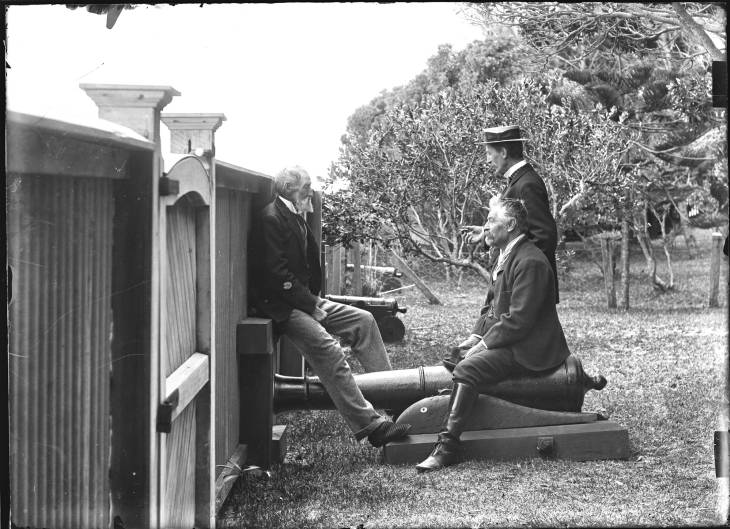 Charles Peet Dawes spent most of his life in the Hokianga. He was a jack-of-all-trades, working variously as a carrier, mailman, nightsoil collector and orchardist. He was also a photographer, running a studio in Kohukohu probably from at least 1892 to around 1925.

When he died in 1947 his negatives were dispersed, but a box of his glass plates was found at a junk shop in Auckland’s Upper Queen Street in the 1970s, and around 475 negatives were discovered in a secondhand store in Kaitaia in 2012.

Together with 1,650 negatives gifted by Dawes descendants in 2018, these now form the Dawes Collection at Tāmaki Pātaka Kōrero | Central City Library. Many of the photographs in this exhibition are displayed for the first time.
Auckland Library have made available a selection of Dawes recently exhibited work.